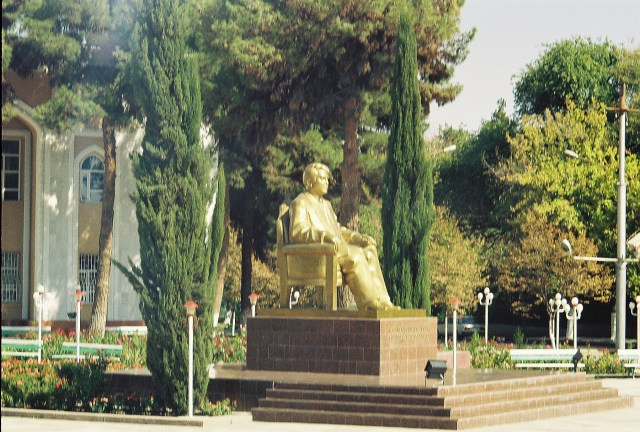 The immense golden statues of the Turkmenbashi could be seen all over the city of Ashkabat, and, in every hotel and public building, his portrait.  After the fall of the Soviet Union, Saparmurat Niyazov declared himself President for Life.  He did a lot for the people of Turkmenistan, but, as with most dictators, not all of his actions were beneficial.

Tourism was something new here.  The hotel we stayed at in Mary was severely lacking.  The television in  my room was physically broken, serving only to house the cockroaches.  There were holes in the bathroom wall, the towels were grey, as was the water from one faucet, the other faucet producing brown water.  But that did not matter, since there was no way I could shower.  The water was either very cold or very hot, a balance could not be achieved.

But we were not there as tourists, we were there to explore the nearby historical site of Merv, once the largest city in the world. 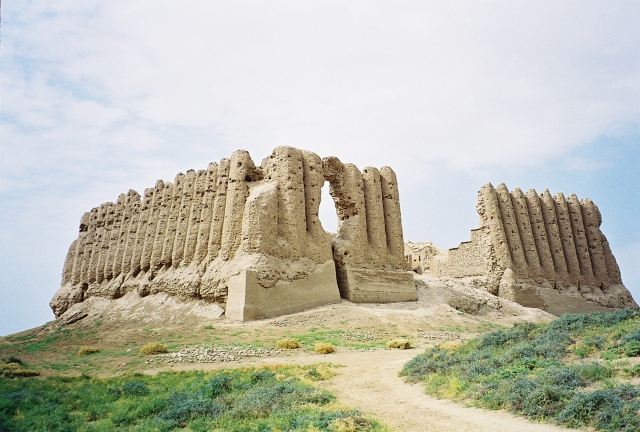 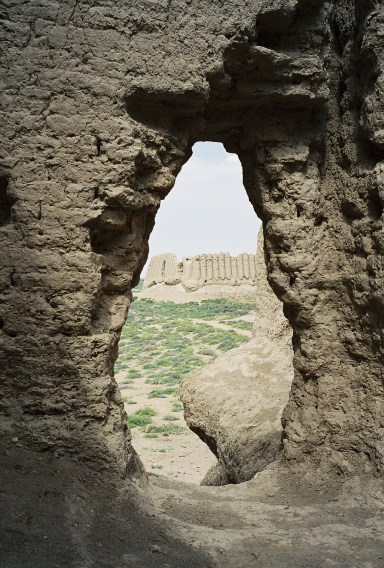 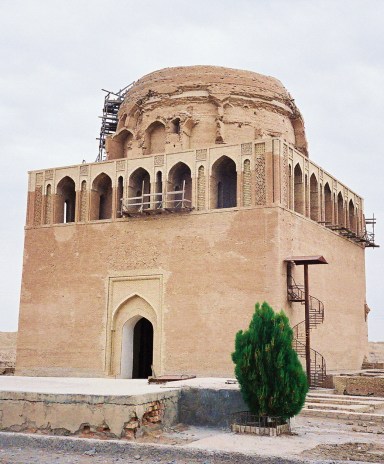 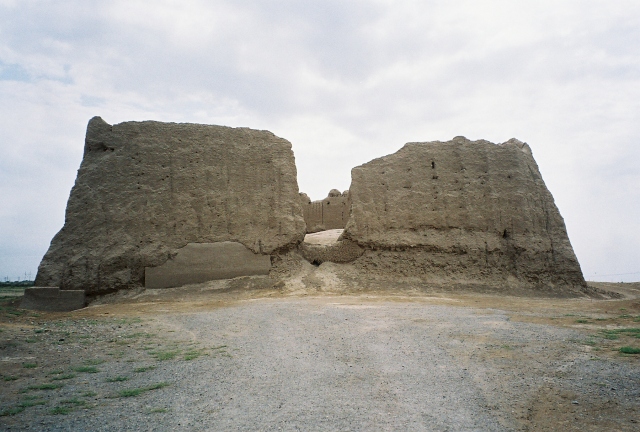 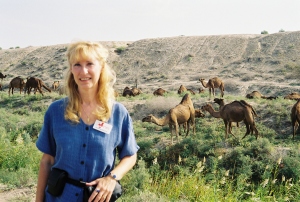 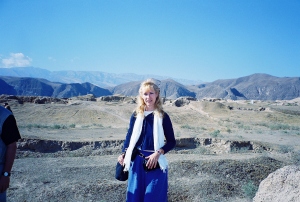 I'm a former dancer who loves all things Polish, especially the music... whether it be folk songs and dances from Poland, or polka music from Chicago. Oh, yes, and I love pierogi !
View all posts by Łowiczanka →
This entry was posted in Photography, Travel and tagged Ashkabat, dictator, Kyz Kala, Mary, Merv, Niyazov, President for Life, Silk Road, Soviet Union, Stans, Turkmenbashi, Turkmenistan. Bookmark the permalink.